Poems from You Can't Fail

Inspiration
listen to Chris
you can't fail
you got this!
Art is important
it persists through time
this might not be yours
nonetheless, rhyme!

Read more »
Posted by Simon Pennon at 4:05 PM No comments:

The stars created a dazzling spectacle that surrounded, consumed, and penetrated. It should have been overwhelming, but I couldn't look away from the eyes.

There was an eternity waiting for a response. The answer came in a wink that washed over my being.

The question that answered my question. 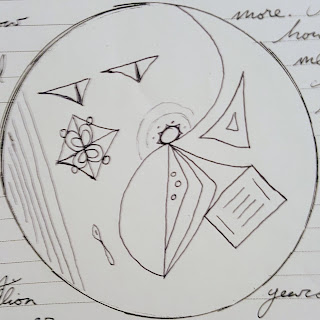 Light streamed through the cracked window on expressways. One beam illuminated the brim of the detective's hat, half his nose, and one corner of his mouth. The corner curled up into a smirk.

"I figure two fifty a day is plenty, with two grand in the end if you solve everything successfully."

The detective sat up straight. The blonde in the red dress narrowed her eyes.

"So, you thought this was some stereotypical noir," she started. "Well, I'm sorry to shatter your expectations. Sure I'm sexy but I can pay and I can fight. The only reason I need you is because you've got the license."

The detective stood up in a defensive start. By the time he hit full height, however, he'd reconsidered his ire. Two grand and almost double what he hoed for daily was not something to pass on when the option arose. Still, he felt defensive. 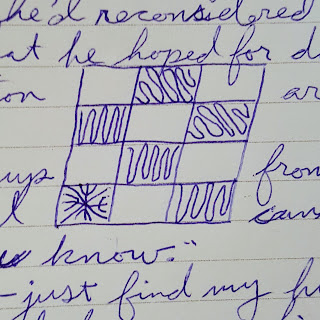 Pumped!
My song!
heads bobbing
all down the bar
They might not know I played it
but they enjoy this shit

"Uh, I have to take this - apparently God's calling," I stammered. Some of the angry faces softened into confusion, but that didn't help my embarrassment. I pressed the icon to answer the phone as I scootched my way down the crowded theater aisle, Flash Gordon illuminating my path.

"Uh, I was watching a movie until a minute ago, now I'm walking up the aisle?" As I described my actions, my brain started to catch up to the situation. "Is this... are you... what's going on here?"

[WP] Seasoned wizards only use dead languages such as Latin for their incantations. Those less experienced quickly learn why--as the meanings of words change, so too do the effects of their spells.

"Oh, wow, I can't believe how amazing you are!" the red, cherubic creature said, looking at me with big doe eyes.

"You're just the best! You did such a good job summoning me!"

I surveyed the scroll again for a moment, making sure that I'd had everything go right. All the ingredients were correct, I hadn't made any substitutions, and I definitely hadn't tripped over my words like in the lavatory / laboratory mix-up a few years back.

"So, I'm sorry," I started, unsure of how to proceed. "I summoned you here to destroy my enemies and cast fear into those who would dare oppose me. Did I mix something up?"

"Oh, no, I'm more of a flunky - a toady, a bootlicker, that sort of thing. For you, though, I can do my absolute best to scare folks!" The creature punctuated its sentence by growling and making a claw-like gesture that was more bar-cougar than mountain-cougar.

"Ugh!" I grunted as I threw my big pointy hat in frustration. Well, not so much threw as set it rapidly down on a nearby counter - one would not want to throw anything surrounded by potions and elixirs in a no-expenses spared bathroom like this.

"What's the matter? You did great!"

"I'm just not sure what I did wrong - the scroll says I was summoning a loyal beast of awful disposition!"

"Well, that's what you got - I'm yours, Mister, and I'm entirely filled with awe."

[WP] Humans have discovered faster-than-light travel, with a method oddly suited to them, sheer stubbornness in the face of physics.

"So, let me get this straight, we just have to force it?"

"How... how does one go about that?" Like most recruits, the questioner was a clean cut kid with a spotless navy blue uniform.

"Gotta put your shoulder into it."

"It! You know, when the vessel's going as fast as it can, you just give it a nudge. A little tap. Hell, a big tap."

"It'll work if I say it works! What does the universe think it is? Who fuckin' invented physics? We did." With that, the man took a big pull from his cigar and spat on the ground. "And we'll god-damn break it if need be."

"What about, you know, all the space-time stuff that got us here?"

"Fuck it - we're better than that. All you need to know is that, when you've hit light speed, go a little faster."

"Well, you're going to have to goddamn learn if you plan on being anybody."

"I suppose you're right. I'll give it a try on my next assignment."

Push your self
beyond your self

Up over the lines

Posted by Simon Pennon at 12:00 PM No comments: