I'm sitting alone in my barracks room on a weekend rocking a game on the PlayStation 2. Next thing I know I hear Bailey’s voice and an urgent pounding on the door. I open it and there’s Bailey, Farncomb, and the new rookie, aka platoon FNG (Fuckin’ New Guy) standing in the hallway.

“Dude! We got this for you!” Bailey says. He and Farncomb look extremely pleased with themselves. I’ll never forget this moment. The FNG is amused too, but mostly because he got dragged along with the cool kids and clearly did a good job.

“What the fuck?” I ask. Of course, I understand why they’re holding a Yield sign. It’s because these are my two best friends and they know how much this means to me. I’m just stunned that it’s right there in Charlie Troop’s barracks.

They drag the entire thing into my room. Farncomb explains they were golfing on the neighboring Air Force Base and drinking one beer per hole. They took the FNG as designated driver so they could actually enjoy their afternoon. Price you pay for being the new guy, but the trade off is street cred among your fellow soldiers which is gold when you’re new to the unit.

I stare at this idol beckoning to me like a shining beacon that connects my past and future. The sign is red and white, fit to fight. Just like the U.S. Cavalry.

“We were a good way through and then we just saw this sign,” Bailey explains. “But to us, it didn’t say ‘Yield,’ it said ‘Hoss.’” He waves his hand across the invisible memory in his field of vision for emphasis. Meanwhile, Farncomb is laughing along with me at the whole situation. FNG is just happy to be included.

“We drove right through the main gate with this sticking out the back!” Farncomb tells me. This is extra funny because Bailey drives a 2-door Jeep Wrangler which cannot possibly conceal 8 feet of anything, let alone a full size street sign passing in front of an MP checkpoint.

At some point I had told my buddies about the time my friends and I “appropriated” a Yield sign from the streets of Tallahassee when we worked at Domino’s Pizza. One of my friends was pissed after a shitty delivery with no tip, and he got mad and ripped the sign out of the ground. We asked him where it was, then one of my roommates took his truck to the sight and unbolted the Yield sign which adorned the walls of our college bachelor pad as a trophy. When we all eventually went our separate ways, we left it with one of our friends. His wife eventually made him get rid of it, because..well...it’s a fucking road sign.

But as I had explained to my Army buddies, that first Yield sign wasn’t just a fucking road sign. It was a symbol that my old friends in Florida had used to bond over one thing we all loved: Pearl Jam.

My Florida friends had been Pearl Jam fans from the start, but I didn’t really discover the band until right before their album Yield came out in 1998. I listened to it a lot while delivering pizzas to broke FSU students. And then we all took a road trip down to Fort Lauderdale to see Pearl Jam live. And I loved it. That concert sold me. Their music helped me get through a lot of tough times in my life, especially while in the military.

So I’m standing here at Fort Lewis thinking about all of this in a flash of memory, and all I can say is, “Dudes. I don’t know what to say.” Bailey and Farncomb just grin and tell me to enjoy it. I make quick work getting the Yield sign off the post and ditching the wood somewhere. I know I can stash the Yield sign behind wall lockers, but Sergeants tend to notice shit like a sign on an 8 foot post during room inspections. Out of sight, out of mind. The United States military mantra for success.

In this moment I’m really happy because my friends know how much the Yield sign means to me. I have a deep connection with Pearl Jam’s music and they went the extra mile just for me. People might think a road sign is juvenile (college days, right?) but for me it’s not about the sign itself. It’s because my best friends risked getting caught by Air Force and Army MP soldiers to get the damn thing to me.

Flash forward to 2019. I went though a lot of bad years and had to abandon a lot of possessions in Oregon at some point. But I never got rid of that sign. After rising from my lowest point in 2006, I went back to college, got a degree, and great career job with the Government. In 2011 I bought my house and that Yield sign was the first thing I put up on my wall. It’s opposite my couch so I see it all the time, every day. I'm staring at it right now in South Philadelphia, yet I'm also seeing it for the first time back at Fort Lewis.

Friends who visit my house just see a scratched road sign. I look at it every day, especially when I’m playing guitar. And it doesn't say, “Yield.” It' reads:


"Here's a token of my openness
Of my need to not disappear." 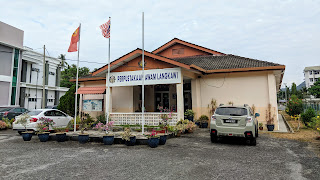 There's gravity at play, it's true
It pulls me to the floor
For when I ask "what else to do?"
The answer's always "more"

I don't want to fight this fight
So, overwhelmed I snooze
Tomorrow I swear I'll write
But it's one more day I'll lose
Posted by Simon Pennon at 12:04 AM No comments:

I spent the last two years of my life trying to rebuild myself emotionally. And overall I’ll say it’s been a success. Not too long ago I ran into a bartender at Cooperage who I hadn’t seen in a long time and she made a point of saying I look much happier. So it shows, and that’s a good thing.

I’m 42. I’m single. The only girlfriend I’ve ever had was back in 1993/1994 and she dropped me when she graduated high school because of my emotional dependence. I didn’t want to be abandoned again, not after what my dad did to me. But she did it anyway, and I can’t blame her. Smart move because we all have to do what’s best for ourselves.

Aside from that I haven’t been in a relationship in 25 years. That’s my entire adult life. I personally haven’t met another person who has been single for that long. I’m sure there’s a few of them out there, but we’re definitely the oddballs or the outcasts. Or unicorns depending on your point of view. And the bitch of it is, the longer you go without being a viable partner to someone, the bigger the stigma. The unspoken complication is that something must be wrong with you if nobody has picked you up by now.

I’ve been on a lot of dates over the years. Four is the magic number. There’s been three great girls I’ve met who went out with me four times but that was the limit. By date number four they all made up their mind and decided to move on. I frequently tell myself it’s gotta be physical because I’m a huge fat dude. I get that. But even I have to admit if that was really true then there wouldn’t have been a second date. They all could have backed off at any point. So maybe they get a glimpse into my insecurities, maybe the sense of humor doesn’t click - who knows? At the end of the day we went our separate ways.

As a result I’ve spent so long building up a metaphorical brick wall around myself because I’m tired of being hurt. I don’t want to allow my emotions to be fucked with anymore. After I got seriously hurt by a non-relationship 2 years ago I decided to throw in the towel. At my age dating isn’t worth the potential downfall and although it’s the easy way out, declaring myself as a solo artist is the safest option. I might be passing up potential happiness and a genuine connection that I’ll never know, but I can do what I want, when I want...and that’s true freedom right there.

I learn from my mistakes. Except when it comes to girls. Maybe it’s a deep rooted desire to feel important to someone else, or just plain old wanting to feel needed and relevant to someone else. But recently a girl I’ve known for a while suggested what I call “Schrödinger’s Date,” which is both a date and not a date until you take the lid off the box and observe what’s actually going on. This happened to me in 2016 and it was one of the best experiences of my life, followed by an absolutely crushing downfall.

Even though I’ve molded myself into the steely lone wolf persona, I buckled and accepted because it was technically her idea. So recently we agreed to an outing (date? hanging out? not-a-date?) and I guarantee she would tell you that it was every bit as awesome as I thought it was. We both had a fantastic night laughing and getting to know each other. It’s a rare moment when you connect with someone and feel that spark, but it was there. I can’t speak for her but I’m pretty positive that it was mutual. Maybe she just wanted a friend, and I've been that person many times. I'm glad to be there for my friends. It's one of the few things that brings me joy. Yet something about this entire night suggested more than that.

But after that night, what’s next? I’m scared. Can’t lie. I decided to break my own code and allowed a beautiful girl with a killer personality into my inner circle. We get each other’s jokes, laugh together, and also both have a shared feeling of loss and heartbreak that we don’t talk about but is hovering just under the surface. We share that feeling of uncertainty where we both aren't 100% sure if our lives are going the way we'd pictured. And the thing is, maybe she’s scared too. Just like me, maybe she’s been burned one too many times and doesn’t want it to happen again. After you’ve spent so much time building up that wall it’s really hard to let someone else in. Because when things go great but the ground eventually drops out, the fall is a killer.

So we could just chalk it up to a good time and walk away. Or one (both?) of us might decide to be brave and see what happens when you slowly and carefully let someone pass through that brick wall.

Maybe we’ll take a chance and put ourselves out there to learn more about each other. Maybe we won’t talk again save for when we randomly run into each other. But there will always be that one night where we laughed together and forgot about all of life’s other problems. And that’s a magical moment that can’t be taken back.

If that isn’t worthwhile, what is?

Email ThisBlogThis!Share to TwitterShare to FacebookShare to Pinterest
Labels: introspection 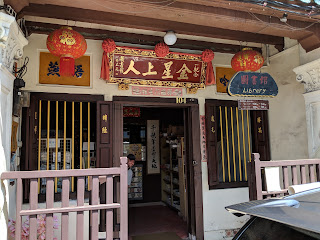 End of Page
End of Stay
Goodbye Decorative Library
Posted by Simon Pennon at 7:45 AM No comments: