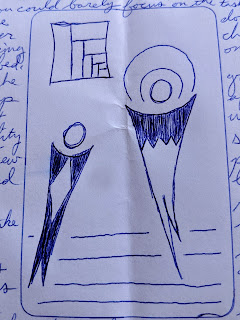 It had already been a long day. Another two hour delay was met with laughter - the whole adventure turned to farce early in the trip and the crew realized the futility of anger in the face of nature.

"I could swim there faster," a voice growled in the cramped cabin.

"My Grandma could swim there faster," another voice added.

"Yeah, but how would she pull the load?" a final voice, the Captain's, completed the trio.

"Heh, keep the rope in her dentures. Use her tits as floaties. Scare all the traffic out of the lane," the first voice speculated.

"Don't talk about my Grandma that way," the second voice, a younger man, protested through a smirk. "She's dead." 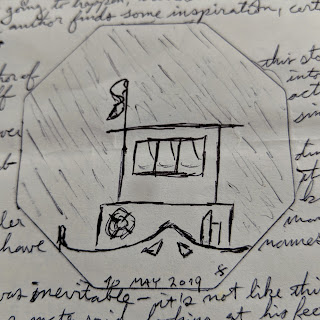 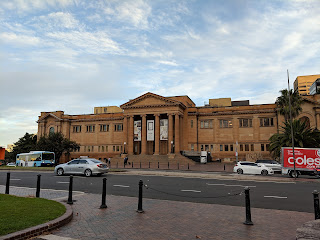 This Library's Nice
To hear people dying
The seating is great
The sounds are trying
Posted by Simon Pennon at 11:35 PM No comments: 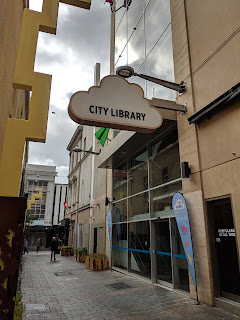 Eyes on paper
Big small favor
Don the hat of
Word reshaper
Posted by Simon Pennon at 11:32 PM No comments: 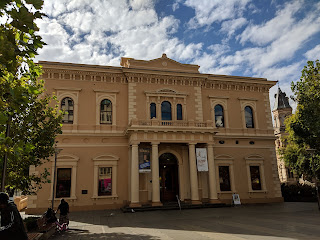 I am the thinnest person ever
I suspect that's their thought
As they bump and bounce and hit
And spill the beer I just bought
Posted by Simon Pennon at 11:31 PM No comments: