Entropy, amusingly, creates crystal and chaos. It takes all matter and reduces it slowly to its most stable form. This is often called its "ground state".

Tom was feeling his ground state this morning. He strained to open one eye to survey his surrounds - he knew he was on a carpeted floor, but wasn't entirely sure whose floor it was. The lanky man did his best to push through his half-dream haze to recall what had happened the previous evening. For every certain memory, however, a half dozen false memories had to be flushed out - he was certain, for example, that he hadn't done shots with his ninth-grade biology teacher, but he was certain shots had been involved. 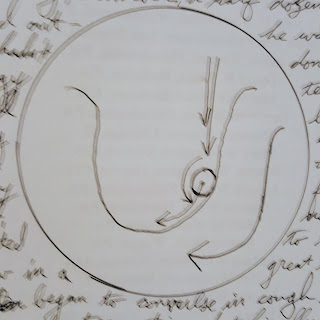 The frequency was ancient, as far as anyone knew, but NASA didn't receive this one - it came from SETI.

"Sir! We've finally decoded the signal!"
Read more »
Posted by Simon Pennon at 8:00 AM No comments: