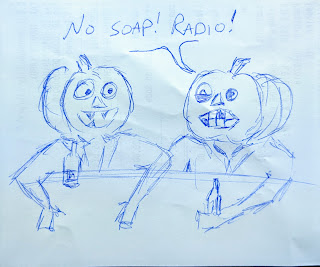 “I’m sorry, I can’t tell you that until you’re older.” The trio of children made their disappointment known through moans and wails. After a moment, Susie spoke up.
“Grampa, we’ve heard all sorts of monster stories! We’re not afraid of your scariest story!” Her siblings agreed with exaggerated nods of their small heads. A mischievous smile peaked out behind the older man’s gray mustache.
“I don’t know…” he teased the trio seated around the small table. A new chorus of ‘please’ just made him smile all the more. The three children made for an overwhelmingly cute sight - each with a handful of wrappers that once held Halloween candy and a mug of half-drank hot chocolate (with marshmallows - their Grandmother made sure of that!) in front of them.
When the begging died down, the older man adjusted his glasses and leaned back in his chair. The three went silent to hear his verdict.
Read more »
Posted by Simon Pennon at 12:00 AM No comments:

It's amazing what people don't notice, he thought. And the ones that do often choose to keep it to themselves, preferring not to stir the pot. I suppose that's the only reason I get away with this shit.

The middle-aged man kept a blank expression on his face as he pushed his dolly down the street. A half dozen people passed him by, enveloped in their own little worlds. Some on phones - texting, calling, using whatever app was most important at that moment. Still more listening to music or podcasts or just isolating themselves with their headphones.

His wheels clacked along the brickwork as he passed pairs conversing. Groups were the most dangerous - there was often one among them who had been frozen out of the conversation and was, therefore, on the lookout for something upon which they could remark and thereby reenter their friends' world. When he saw a group, he made sure to angle away and look interested in some phenomena across the street. That usually seemed to distract them long enough to pass by without comment.

He was just a short way out from his destination when he spotted a major problem - a young man walking down the street, chin up and eyes taking in every sight. The older man knew this look - it was his own, just in a body twenty years his junior. He angled slightly and attempted to tailgate some other pedestrians, but he knew he'd been spotted. the real question was whether or not the young man would say anything.

The two passed. A little bit further and the older man would be in the clear.

"Excuse me," came a confident interjection.

Shit. The older man stopped. There were rules.

"Are you carting around three pickled heads?"

The older man felt both defeated and amused. As he rarely got stopped, he had money riding on this particular attempt. That being said, it was fun to get noticed.

"I am, though they're fakes," he responded.

"Art project and a bet. I bet that no one would say anything for twenty blocks."


Posted by Simon Pennon at 2:00 AM No comments:

I watched them from across the street through my tears.

The rabbi-philosopher Abraham Heschel - or at least I think it was him - once wrote about witnessing the sublime in the transcendent experience of children playing. What an overwhelming feeling.

A dozen gunshots rang out, but the children took no notice - they knew innately what was near and what was far as they played with their airplanes fashioned from shrapnel. I, on the other hand, flinched - I was still getting used to the fact that Death had his hand on everyone's shoulder.

After an eternity, I stood up, knees creaking. A small amount of dust and grit fell off my leather jacket and thick khaki pants. 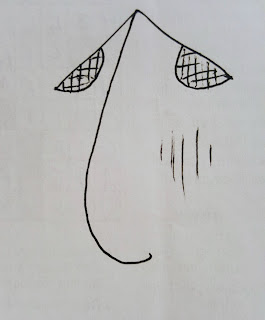 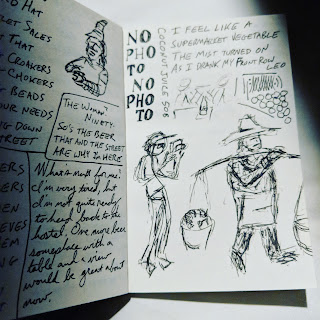 A little drizzle
A quiet park
A smiling face
Under an Umbrella
A second meeting
A moment's spark
A lifted spirit
For this Fella
.
^^
.
Bangkok
Raindrop
Condensation
Inebriation
Read more »
Posted by Simon Pennon at 12:00 AM No comments: 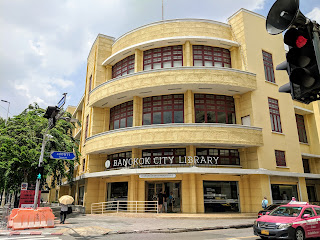 Mister! Mister!
Where you from?
You see Big Buddha?
I take you
Forty Baht!
No?
Twenty Baht!
No?
Ten Baht!
You come back.
I stay here.

Read more »
Posted by Simon Pennon at 6:16 AM No comments: 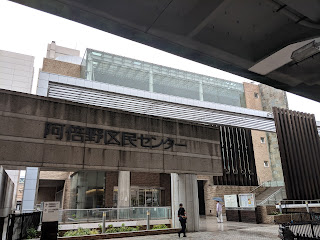 Tired Travelin' Trio
Slouchin'
Listing now port
now starboard
A train jolt
eyes spark
no fuel to catch
burnt out
burnt out
.
.
.
Soccer Player Pipsqueak
Standing on my foot
I cannot imagine
How, to him, I look
So we look together
At people falling asleep
I don't mind too much
Him standing on my feet
Read more »
Posted by Simon Pennon at 10:30 PM No comments: