"Oh, shit - sorry! I don't want any trouble. I'm just trying to get to my friend's house." 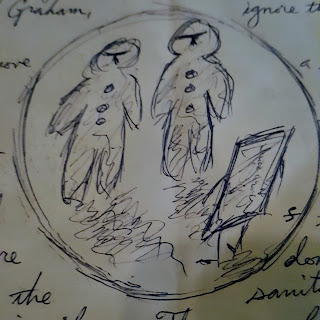 "HEY!" A third (well, fourth) voice rang out a half-block away. "You leave Graham alone!"

"Screw you two! Graham, ignore those Gingers and come over here."

"Don't you dare move a muscle, Cracker." The second man stayed silent this time, choosing instead to merely loom. The implication was clear - there was going to be a beating; it was the severity that was in debate.

"I already called the cops!"

"By the time we're done with your friend, you'd be better off calling the sanitation department."  ["yeah!"]

A moment passed in silence. Then the men lunged forward, fists ready to find their target. In a twist, they missed - both men found themselves on the ground, legs having been swept. They made out a "No, Graham! Don't!" before they discovered what verbs might fit after such a command.

The two men were battered, bruised, and half-conscious by the time Graham was pulled off them. Both let out moans and moved feebly, trying to work out what was broken.

"You shouldn't fuck with strangers," Graham lorded over them. "And should I ever hear about you pulling this shit again, I'll give you s'more."
Posted by Simon Pennon at 1:00 PM