There was a lonely man who lived on Venus
Everyone avoided him, due to his breath
When it came out he thought it smelled of gum
To everyone else it was putrified death

Although he kept chickens, he was very poor
Among those to shun him were local lenders
He took matters in his hands and built an incubator
He'd spend hours there, a prolific egg-tender

He came across a woman who liked to hunt.
She had a bow on her back and arrows in her quiver.
She had the oddest manner of shakes and spasms.
When she pulled an arrow out it made her shiver.

Said he: "hello, would you like to trade game for eggs?"
"Then later I've got something to go between your meals."
Said she: "I'd go for a snack! Come sit on this rock."
"And while we're eating we'll talk about your deals."

Then they sat and talked of fortune and luck
And soon it looked like they were going to leave
The man stood up and gave the rock a kicking
Said he to her: "you'll enjoy this eve"

But then the woman caught a little whiffy
Said she: "dear me, is that coming from your gob?"
Thoroughly revolted, she didn't want to linger
She ran home and finished with her jobs

Downtrodden and lonely, he shuffled through the grass
What he really needed was a piece of soap
Later in bed, the blanket of his pick-tucked
Thought he: "What's a guy gotta do to have a hope?"

What he needed was a tonic bath that would bubble and fizz
Then he wouldn't smell so bad of filth and farts
His odor gone, a social door would unlock
And all the girls would love him for his massive heart
Posted by Simon Pennon at 4:58 AM No comments:

Teeth chattering, a bug-eyed ball of frizz dug its claws into the wooden counter.

“You’ve had enough,” the man in the stained white apron said with a wave. “You’re making a scene,” the man whispered forcefully. The creature stared at him and vibrated.

Read more »
Posted by Simon Pennon at 7:35 AM No comments: 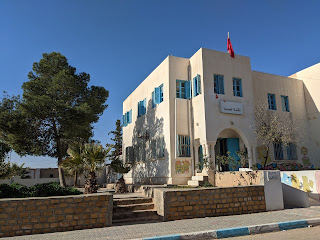 Roadblocks, hurdles, language barrier
Thwarteed requests or something scarier
What do I do when smiling breaks down
Do I display my internal frown?
Tunisia's thrown flags on every play
Tollroad or detour or wrong way

Read more »
Posted by Simon Pennon at 7:49 AM No comments:

I looked in the mirror and a woman looked back. I cried. Fat wet drops mixed with makeup and snot made their way into hastily bunched tissues. I laughed. I’d have to redo my face - not the thought I thought I’d have. 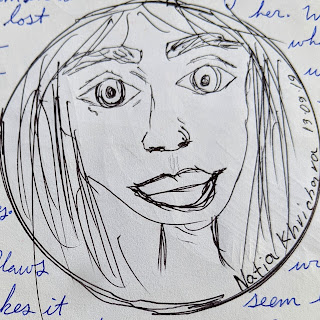 My housemate at the bathroom door. I assure them I was okay. A goofy smile. The sort of smile you’re supposed to hide because it’s genuine. I was okay. I am okay. I am genuine.

A deep breath and I had control again. It would be a series of steps. Wipe. Wash. Work. I had found that woman. I would find her again.

Read more »
Posted by Simon Pennon at 9:51 AM No comments: 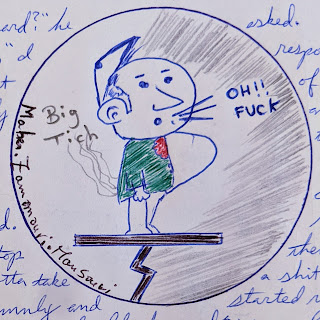 “Hey Jack!” a young man called out to me as I rushed by.

At the lift’s highest point I began the call-and-response. It was a fantastic feeling and, after the short ceremony, I lifted my robe and blasted butt brownies like a hippopotamus marking its territory. Suitably emptied, I signaled to the lift operator and began my descent. The crowd dispersed and, for the first time in weeks I thanked the gods for these little local traditions.

I think of you most every day
I almost send a text your way
Stopping me, an ugly truth
More of me pushes most away

You said you're sad to see me go
Yet I would gladly stay
My fantasy:

After all these days I hope you know
Three words you have to say:
"Stay for me"

I have the dumbest wishes
Like to kiss your neck while doing dishes
Or hold your hand 'neath a table
While listening to a fishing fable
I know I'm weird, I'm sure to get looks
Should our feet touch when we read books
But that's who I am; I don't think I can change
In a world so bestial, is being tender strange?
Posted by Simon Pennon at 10:10 AM No comments:

Email ThisBlogThis!Share to TwitterShare to FacebookShare to Pinterest
Labels: poems 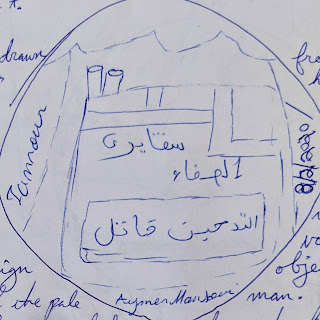 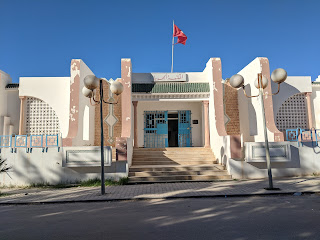 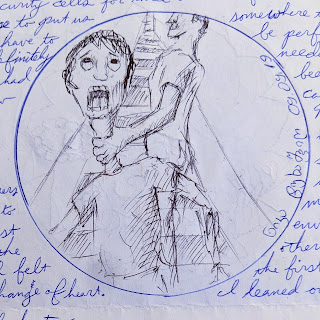