As you may have noticed, I've added some new authors to the blog. My hope is that they'll add some stories as I'm out traveling around the world.

Hoss came out strong with Tactical Drop. I hope he adds a bunch more of his army stories - and maybe even a story or two about our adventures together in Philadelphia.

Sean will hopefully start writing soon - he has some great stories / poems in him that should be in front of more eyes.

In either case, they should both know I'm eagerly anticipating reading their next submissions!

Posted by Simon Pennon at 9:00 AM No comments:

Email ThisBlogThis!Share to TwitterShare to FacebookShare to Pinterest
Labels: meta

"Cover my move. I gotta take a shit."

I'm tired, on the verge of hallucinations, and sick of being out here in the desert at night. But if there's one thing I'm gonna stick up for, it's death with dignity. No way am I taking a notional bullet up my literal ass from the OPFOR. I'm not even sure if these guys exist. After two years of training exercises I've never even run into the fake bad guys, which I assume is just four guys from Bravo Troop bullshitting under cover of dark with one hit and fade per night to make it seem like they're actually playing their part.  But I'll be damned if I'm gonna be the guy in Warhorse Squadron known as the Joe who got capped while dropping ass outside his humvee.

Hawkins stirs. He's not totally awake, which is to be expected. When you're sleeping in the field there's some part of your subconscious that keeps you in that 90% sleep zone, with the other 10% knowing at any moment some dicknose is about to wake you up and tell you it's your turn for radio watch. In this case my hour isn't up yet, but a tactical fecal drop takes priority over sporadic radio chatter.

"My turn already?" Hawkins is not pleased.

"Yeah man," I tell him. "Look, just use my NODs and keep an eye out. Shout out if you see anyone moving." We're in the middle of a flat area in the goddamn desert which means seemingly miles of visibility in any direction. But when duty calls you never can be too safe. I hand my night vision over to Hawkins so he can keep an eye out, assuming he doesn't fall asleep in the next few minutes.

"Alright dude, I got you," he says. Score! I've got my window. Time to make a tactical dump that would make Rambo proud. I reach over to my rucksack and pull my E-tool out. Nowadays that sounds like an internet hacking program, but in the real world it's an entrenching tool. Or as I call it, the best wingman ever when you've got a shit on deck.

"Thanks man." I crawl out of the driver's seat and move around to the back of Charlie 1-2, aka First Platoon, second vehicle. Senior Scout's truck, and I'm the Han Solo of this beast. But even Solo has to vacate a load every now and then. It's just one of those things we don't think about. As I walk around to the back of the truck I lock my E-tool into position so the spade sticks out 90 degrees from the handle. You won't find this in the field manual, but that bad boy makes an amazing third leg when you need a field expeident latrine.

I drop trou off the back of the humvee and place my E-tool right there up against my right butt cheek. Since I'm not a total savage I may as well hold on to the back of the truck for extra support, so I use each hand to grab one of the tie down points. I'm in the middle of a mostly moonless night in the desert, it's chilly, and I'm risking getting pretend murdered by fake bad guys. May as well be shitting at the Ritz by US Army standards though. This is about as good as it gets out in the field. That first log drops and it's like Atlas shrugging the weight of the world off his shoulders. Fuckin' A, as the Dude would say. In the background I can hear idle radio chatter. Presumably about not seeing OPFOR because they're asleep while us dumbasses are looking for them.

One of the tricks they don't teach you in basic training is about hoarding the toilet paper from the MREs. Sure, it's a pro move to bring your own rolls of toilet paper with you out in the field, but a good soldier is always prepared for any contigency. So five minutes ago when I didn't want to wake up Sgt. Slater to ask where he stashed his rolls of TP, I was fortunate enough to have my backup. Every MRE comes with a tiny packet of shit tickets and it's long been my own personal standard operating procedure to gather as many of those fuckers as I can and cram them in the pockets of my gear. Specifically for situations like this.

But sometimes, fortune smiles on your side. First, Hawkins is willing to cover me for a tactical dook. Second, OPFOR doesnt appear to make me the laughing stock of the squadron. And third (and most imporatant), it's a clean drop. The best kind. Out-and-out, done deal, no Hershey's residue. Granted it's nighttime, but I don't need visual verification or a safety wipe to confirm this deployment is a success. Mission accomplished, I get my pants back where they're supposed to be and hop back in the front seat, about four pounds lighter.

"Thanks man," I tell Hawkins as he hands my NODs back to me. I'm pretty sure he's asleep within 5 seconds. I check my watch. 1:37am. Or 0137 hours, but I still think of time in the civilian format to make me feel like a real person. Radio watch is uneventful. One or two more spot reports of OPFOR out there from second platoon. Once it hits 2:00am sharp, I wake up Wyman and fork over the radio's hand mic.

Next thing I know the sun is cracking over the Eastern horizon behind us and Sgt. Slater is doing his morning shaving routine using the passenger's side mirror. I sip some water from my Camelbak and step out of the truck to stretch my legs. The rest of the five man crew does the same. Then I hear it. Last night wasn't a dream. It really happened.

"Jesus Christ, Hoss! Could you have shit any closer to the humvee? Like on top of it?"

Hawkins is the unfortunate soul who discovers my tactical bioweapon. Sure, I could have used the E-tool for its actual purpose of digging and buried that bomb, but where's the fun in that? Besides, I was tired. And it's biodegradable.

I give him a look that says, "Who gives a shit?" Apparently I give the shits around here.
Posted by Hoss at 8:59 PM No comments:

The bartender was eating ice cream with a fork. I inched my hand down to my blaster, suddenly aware of my situation. The only question that mattered was how many it had brought along.

Of the dozen or so patrons in the joint, I doubted more than three were true shifters. If I was in real shit, a handful would be labs - hopefully whoever set up this ambush didn't know the full price on my head and only brought a couple. In any case, I had to act.

I shot up from my seat and flashed the bartender a big smile. Only four sets of eyes locked on to me with the abrupt move - a good sign of odds I could handle. In a voice loud enough that everyone could hear, I pushed out a simple question: "shitter?"
Read more »
Posted by Simon Pennon at 7:29 PM No comments:

She took a hard, uneven step that caused her pearls to clack.

She winced, privately. No one was paying attention anyway. She continued her march to the hors d'oeuvres.

"Great show tonight, right?" a porcine man sidled up to her as she dipped a shrimp.

"I enjoyed the male singer - he had a real growl on him. What struck you most?"

"The end," she stated as she walked off.

The woman was a fountain pen. Black. Ornate. A ribbon of ink seemingly left in her wake. The blotter followed.

She traced a path between tables.

"Alright ma'am, I just want you to know I didn't mean nothin'," he despaired. 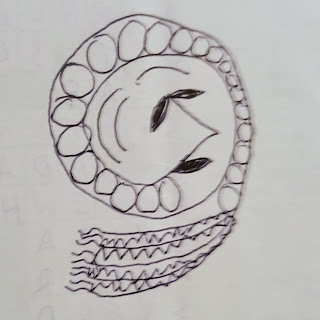 Bradley took a long draft of the foamy beverage.

"I can't believe it's not butter," the unkempt man said to no one in particular. Miles, the bartender, wiped his hands on his apron, then leaned on the counter.

"Thirty six across. It should be butter."

Miles only needed to endure four more hours before he could close up the Electric Sailboat Bar and get some shut-eye. But it would be a long four hours.

"Ain't cha gonna help? Do you know any of the answers?"